There has been a bit of a chrysanthemum fest here over the last few weeks.  This all follows on from Black Heart which I embroidered in 2011. I had always planned to do more chrysanthemums using just two colours or two tone.  Events and ideas overtook me and I never started another one despite having a number on my 'to do' list. 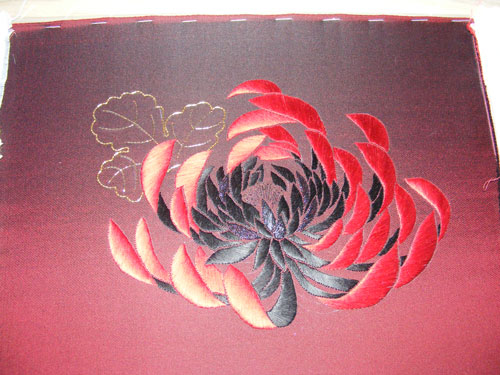 Regular visitors will know I embroidered this chrysanthemum just before Christmas as a gift for my sister.  It got me thinking again about chrysanthemums in minimal colours. 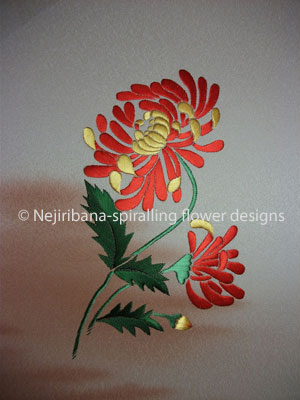 I dug out my list of ideas and colours and spent some time going through them. I wanted to something along the line of Circle of Friends below, using only one colour, or variations of one colour. 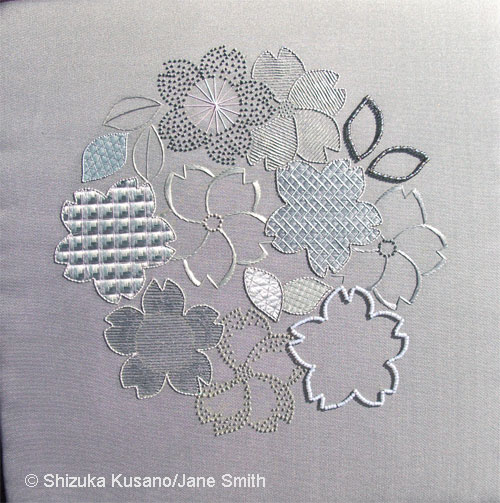 The design I went with is a very simple but I may develop a more complicated design down the line.  The original idea I had was black on black with the turnovers of the petals being matte and the other side in flat silk.  Despite being absolutely convinced I had some matte urushi thread in black I couldn't find it so I decided I'd try this lovely multi coloured gold.  It contains browns, greens, golds, reds and is very pretty. 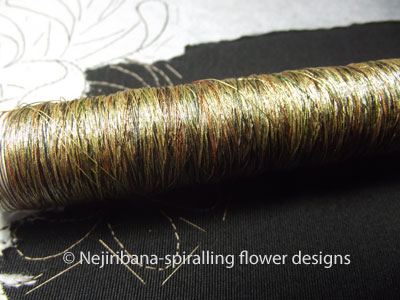 I started by putting in some padding on the turnovers.  One of the things we learn in our Nuido journey is that the colour of the padding will affect the colour of the metallic.  Most of us will have used orange or gold silk to pad gold and know how this can work.  I have both yellow and white padding so started with these first. 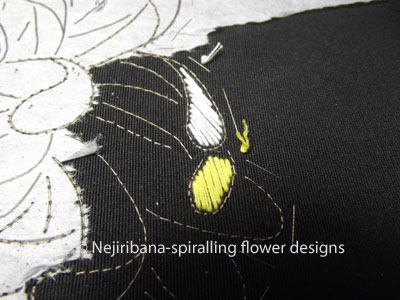 The white was ok, I knew almost immediately that the yellow wasn't going to work, it just bled all the colour out of the gold. Out it came. 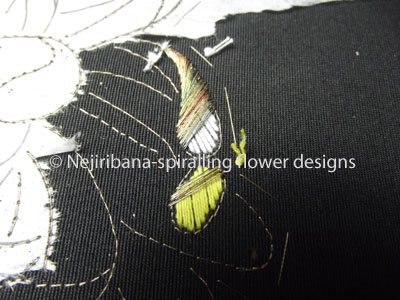 Next idea, put some silk padding over the yellow cotton padding.  I chose a dark gold for this. 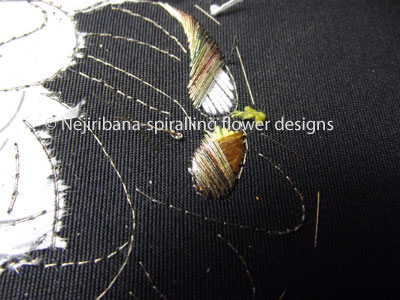 I wasn't sure about this so put in some of the black silk for a contrast. Nope, out it came.  The gold looked nice, beautifully shinny, but it wasn't the look I was going for.  I know the angle for this is wrong but It was just an experiment. 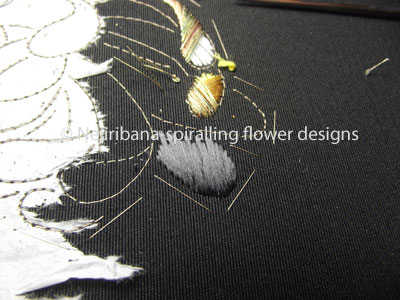 I took out the gold and the padding and started again. 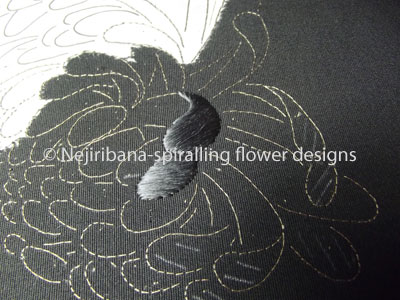 First I mixed the gold with gold silk, nope. Then I tried a yellow urushi which is matte, nope. Then I tried a red urushi, although this gave the effect I wanted I didn't want another black and red chrysanthemum.  Out came all the experiments, back to the drawing board. 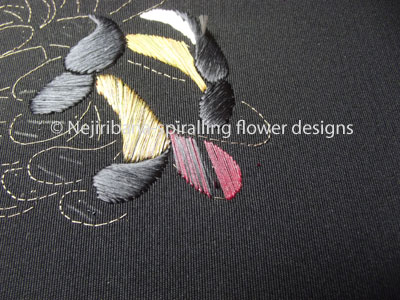 Off I went back to my stash of threads to see what else I could find.  There amongst all the odds and ends of threads was a multi coloured crinkle thread. It was more shiny than I had been imagining but the colours were much darker than the gold metallic I'd started with.  I still wasn't convinced it worked but I thought it would be interesting so persevered with it. 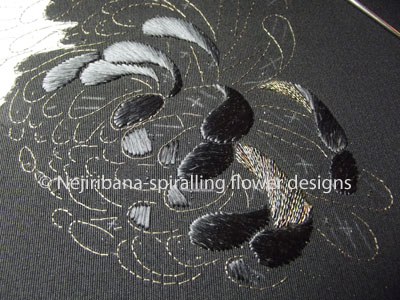 It was an absolute nightmare to work with. It is very thick and shreds like mad. I used one strand in a #11 needle. There is no way I would have got away with this on a thinner fabric but this was a heavy kimono silk so it took the punishment. I ended up using very short lengths and only putting in a few stitches at a time. 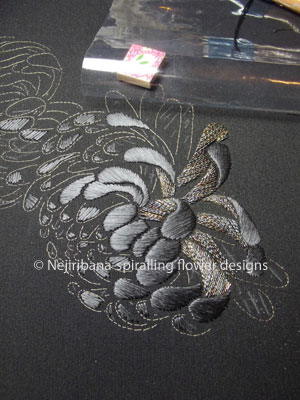 The black petals were embroidered in 1 or 1.5F using Midori 149, with self padding. I didn't use any padding under the crinkle, it's so thick it didn't need it. 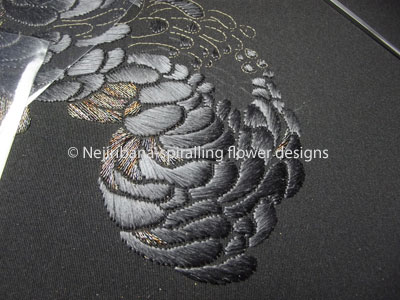 So, 32 stitching hours later, here it is finished. It's not exactly what was in my mind when I started, I still want to achieve that contrast between matte and shinny threads.  That said I do like it now it's completed. 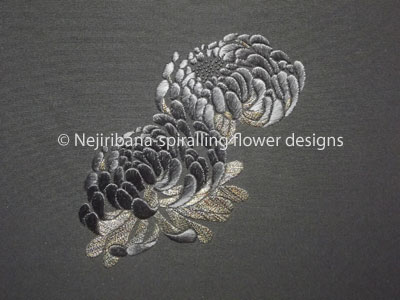 Well done for persevering with the difficult thread - well worth it in the end, I think. I know that it is a bit disappointing when the finished piece does not match what you had in mind but I am glad you like it now that it is completed because I think this has worked very well. I have no doubt that it looks even better 'in the flesh' and I can't wait to see it.