I've had some spare time over the last few days so have done a lot of work on Moon Cherries which is now complete.  It's taken approximately 35 hours of stitching time. 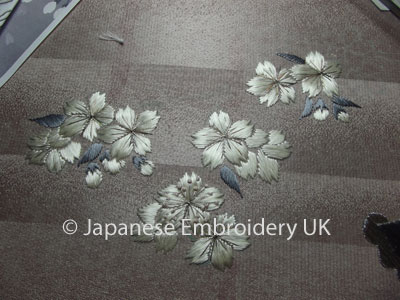 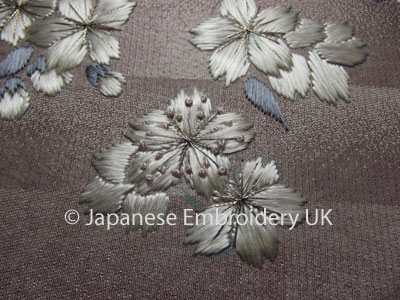 I completed most of the cherries, using padding cotton and self padding. On the first one I used a 4-1T for the sagara for the pollen, these were a touch too big so for all the rest I used a 3-1T which worked much better. 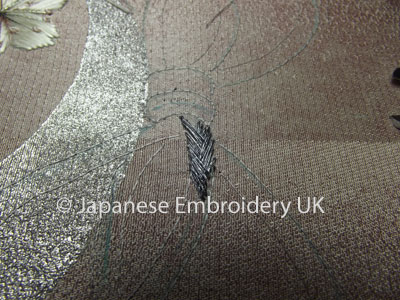 I did some experimenting with the cord, I was going to use some metallic thread for a colour change but as soon as I put some in I decided I didn't like it, so out it came. 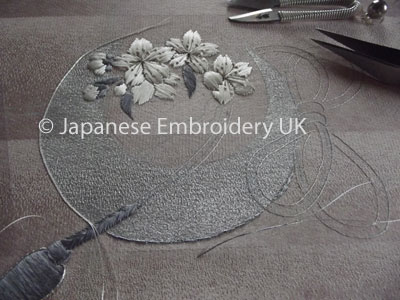 The moon needed some kind of outline.  This entailed some more experimenting.  Above a combination of #4 silver couched and a #1 pewter, stitched. The silver was too similar to the silver paste and the pewter colour was not shiny enough. 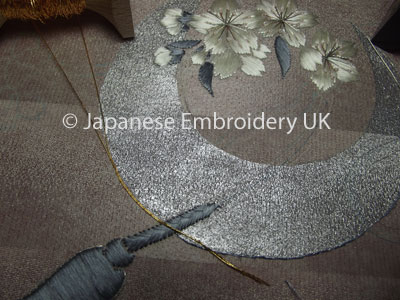 Often when there is a nice view of the moon there is a slight yellow/gold hue, so next I tried #4 gold. This was too yellow. 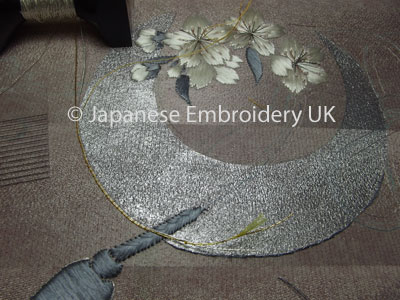 The next, and final, variation was a mix of #4 silver and gold, couched as a pair.  This added a bit of colour but not too much.  I like this a lot. 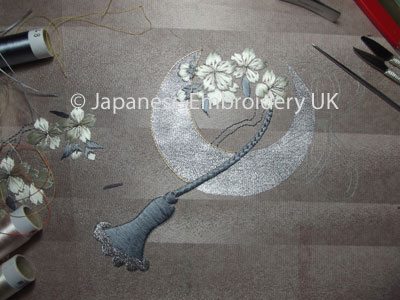 I mentioned the tassel in my last post, the more I looked at this the more I was convinced it wasn't right.  A shame really because it was a beautiful tassel.  Nothing to do but to take it out.  Version 2 of the tassel was worked with line of staggered diagonals.  It is much lighter and works much better with the overall design. 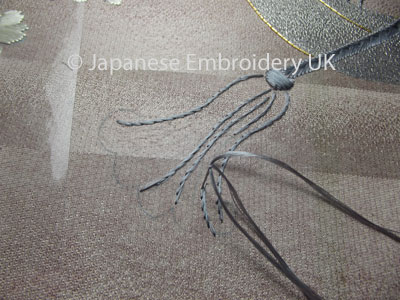 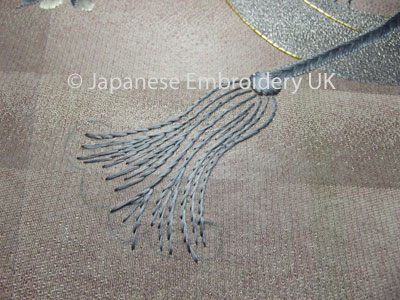 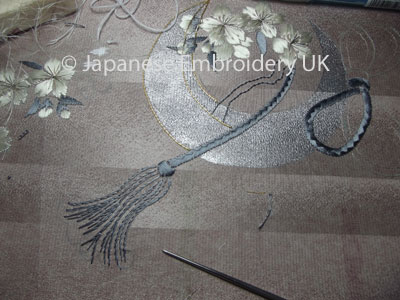 As I put in the inside line on the moon shaped vase I tried to come up with some way to give an idea of shadow on the inside of the vase.  I didn't want it to be too heavy, so used some of the #1 pewter and stitched in short lines. 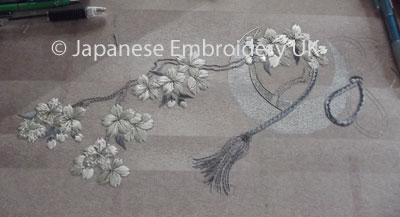 It doesn't show up very well in the photos, it's a very subtle and light effect which goes with the rest of the design. 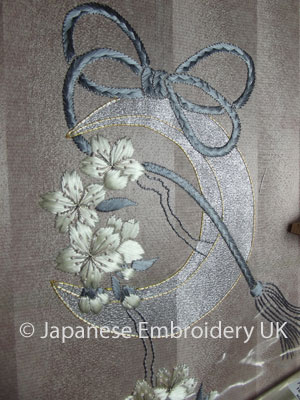 The last section completed was the cord.  I'm glad I went with woven effect, double central would have been too heavy. 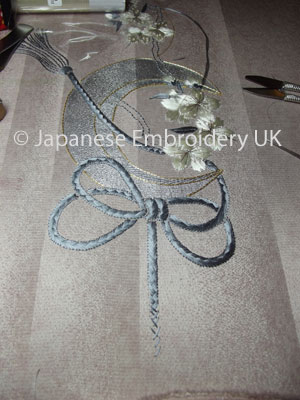 So here it is, Moon Cherries, a design whose inspiration came from lots of different places all brought together in one.  Next job, write the instructions and get the transfer made so it can be offered to students. 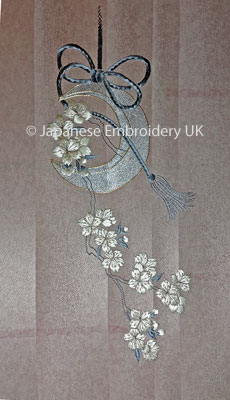