I've done bits and pieces on this piece over the last few months so thought it was time for a bit of a catch up.

When I last posted I'd completed the foundation on the biggest of the leaves. Temporary holding was put in and I used a shell powder transfer for the veins. These were embroidered using line of staggered diagonals in various colours. 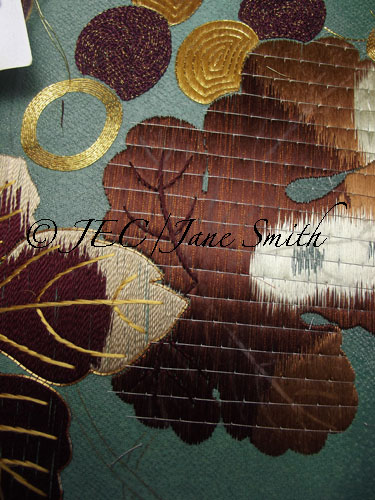 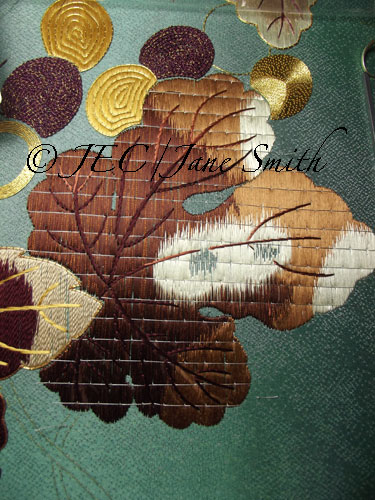 The temporary holding has left some lines on the flat silk, but these will come out over time and in the finishing process. Just the outline of this one to do now.  I've also completed the grapes which you can see in the top of the photo. The partially complete one is now finished, I just don't have a photo to show you. 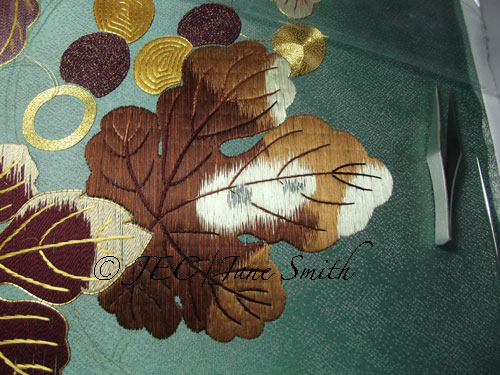 A twisted foundation for this last of the leaves in two colours. 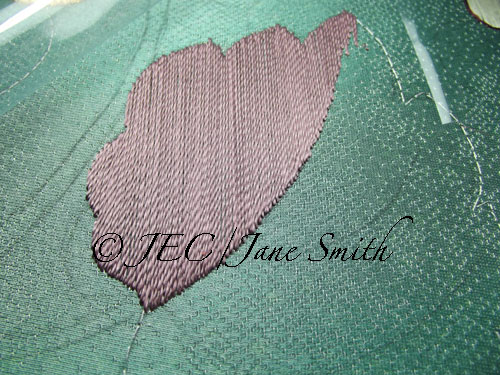 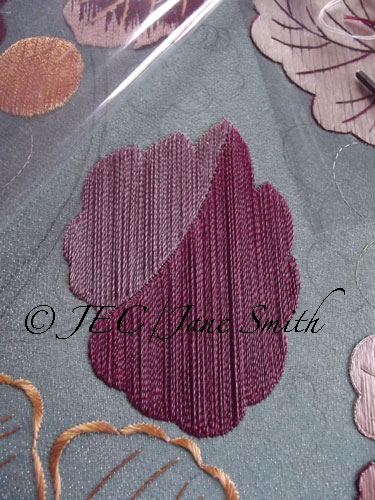 I've been particularly tempted to leave out the temporary holding in this piece, there is so much and it's just another step to complete. I know however that cutting this corner won't work in the long run, so have resisted temptation and used it as I should. 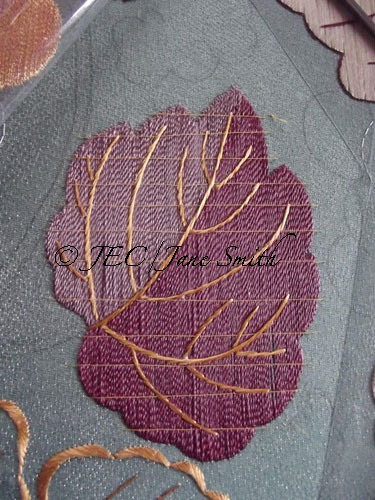 The vein on this one is flat silk, again in line of staggered diagonals.  I like the contrast between twisted and flat silk. 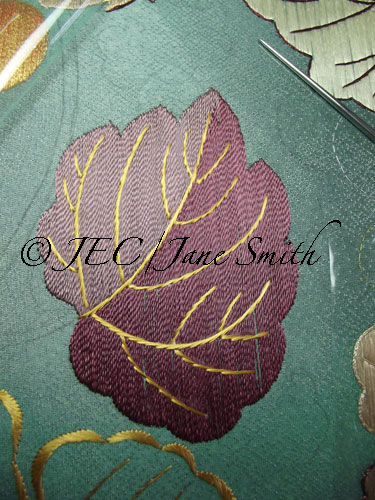 So this is the last of the leaves done.  I've got a couple of more grapes to do and then it's onto making lots of katayori for the vines. Not far to go now.