Clockwise chrysanthemums (or not)

It has been a bit quiet on the blog front in the last three months, but life has been busy.  JEUK had a very successful show at the Fashion and Embroidery Show in Birmingham.  We met old and new students and a few new ladies have joined the group.  Shortly after the show we had our April class in Garstang.  The group is growing and the students are producing lovely work.  In the middle was a trip down south to visit our Sensei.  We had a lovely few days comparing notes, talking about new designs and ideas and generally just chilling.

The design work is on-going as always and our portfolio of designs is growing by the month.  It has been a very intensive 3 years during which I have concentrated almost exclusively on designs for JEUK.  I have enjoyed the process of designing for our students very much but have to say I am starting to look forward to moving forward on those designs of my own that have been on hold.

But first I have to complete my fuzzy lotus.  I've done more work on it but, as with all things 'fuzzy', it doesn't look much different so no photos to show here.  I have however got progress to show on the small chrysanthemum design, affectionately known as 'small vipers'. 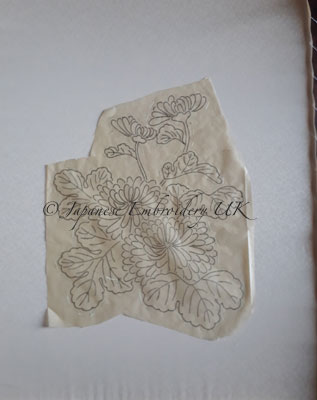 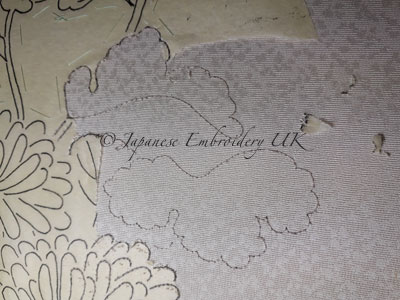 To break up the monotony of stitch transfer I've done a bit at a time and them completed the embroidery. 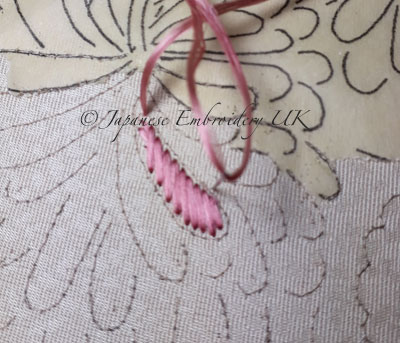 I've chosen only a few colours for the design, leaving the flat and twisted silk to create shading depending on how the light falls. Petals are embroidered with 2F and 2 layers of self padding. 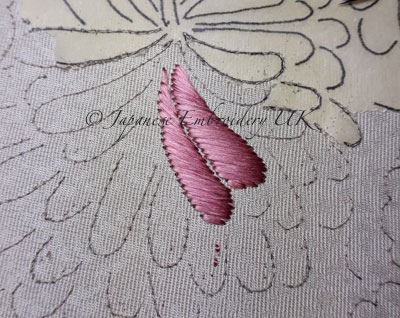 The embroidery on the petals has been started in the centre of the flower, following the clockwise (or not) direction of the petal. In this way having some stitches go left to right and some right to left will add an extra level of contrast to the silk. 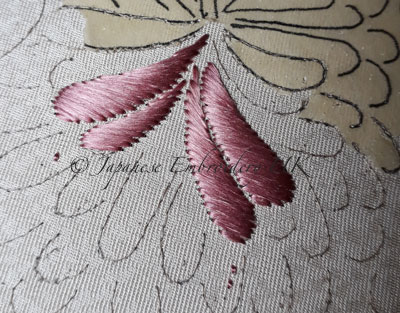 It was a bit more difficult to figure out which way the outside petals were going so went by instinct and feel.  If it felt right I left it, if it didn't I changed the direction.  All looking ok so far. 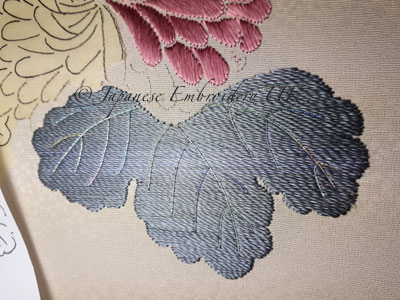 As a texture contrast to the flat silk petals the leaves are worked in a 3-1T with a variegated metallic for the veins. 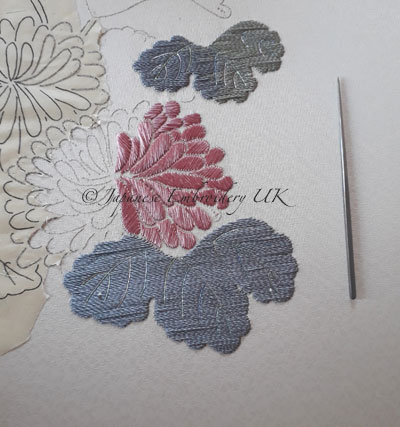 At this point I decided that the embroidery on the chrysanthemum wasn't working.  It had been going so well but then it just started looking horrid.  I couldn't figure out what had gone wrong or why it suddenly wasn't lovely and smooth like it had been, so rather than try and fix it I cut it all out and started again. 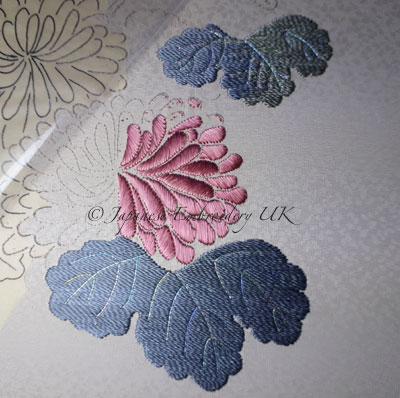 I really don't know what the problem was, but it looks much better now. 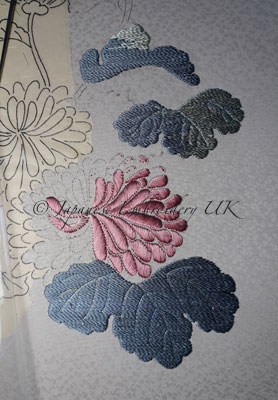 For some variation and to make the partly open flowers much plumper they have one layer of padding cotton, one layer of self padding and 2F.  Again starting at the bottom of the petal and working to the top, changing the angle depending on the direction of the petal. 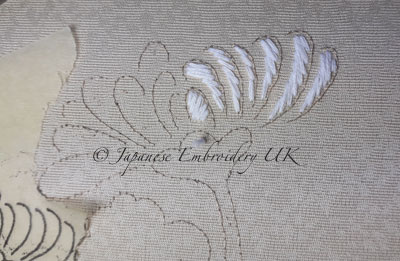 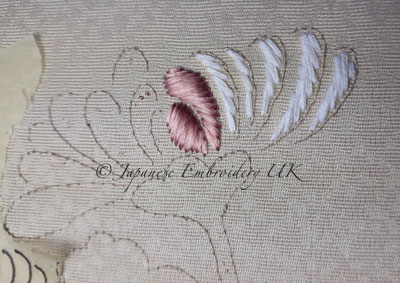 Although the flowers and leaves are quite large I didn't want the stem and calyx to be too heavy so decided to use one of the new #4 shell silvers we have available.  One has a lot of pinks the other a lot of green.  It's difficult to photograph but you can just about see the difference in the photo. 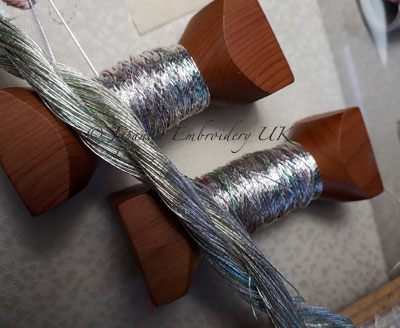 The green version won the day and it was couched as a pair. 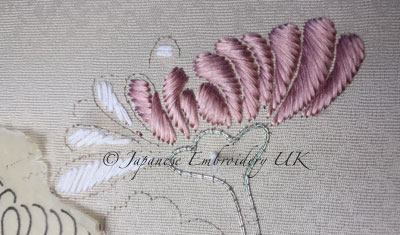 I think this has been quite successful and I'm pleased with how it has worked out. 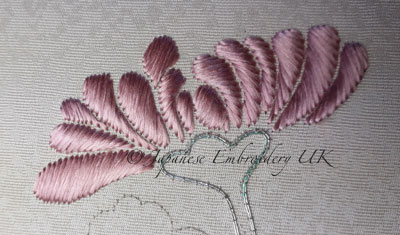