It's been a while

It's been ages since I posted and little embroidery has been done since the beginning of August.

After coming down with a horrid chest infection I was off work for almost the whole of August and September but so unwell that I had no concentration or energy left for JE.  I did sit and do quite a lot of crochet so some work was done. 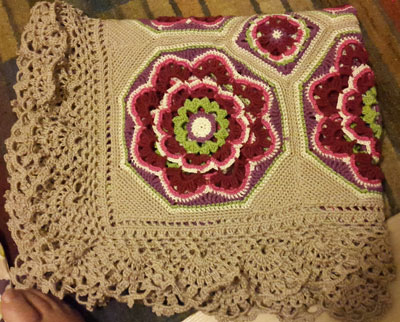 This is one of two blankets I got finished.  I bought the pattern last year at Yarndale and finished it just before we went again this year. It was even busier this year than last.  I did some away with some new patterns and what seemed like a full sheep of aran wool.

Last week I spent a lovely morning with the ladies from Gathering Threads, the Uttoxeter branch of the Embroiderers Guild.  My talk was received very well, everyone was so welcoming and had lots of questions afterwards. The hall they use in Marchington was light and airy, just right for giving a talk. 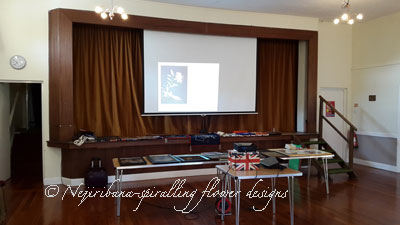 I had a good journey in the morning across the moors (in order to avoid both the M60 and M6), which was lovely. Very pretty countryside and glorious sunshine. The journey home however was pretty bad, 4 hours to do about 75 miles. Next time I'll avoid the motorways on the way home as well. At least I wasn't doing anything for the rest of the day.

Nice things though on my return to work, apart from everyone being so nice and making sure I was ok, was that Ian had completed three new frames so I was able to bring them home ready for delivery to their new homes.  One of the purple heart ones has already been collected and pronounced to be fabulous.  Which is is, as is the one in wenge. 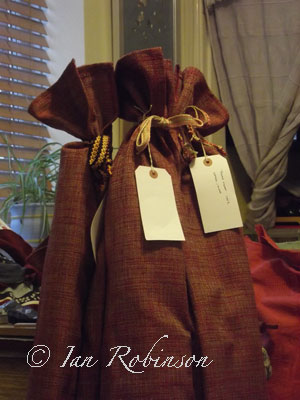 Three bags waiting for their new homes, complete with hand woven braids by the lovely Tracey.  All different so we know whose bag is whose. 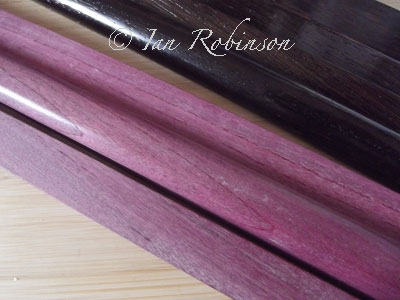 Purple heart. This colour will darken and get even more purple over time. It's possible to develop an allergy to the dust created when working with purple heart so these will have to be made sparingly. 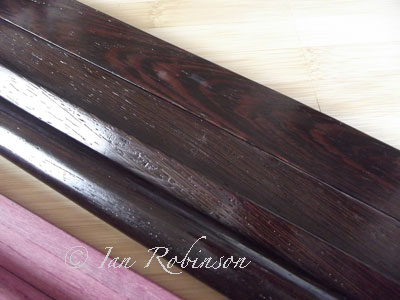 Wenge. When worked this wood gives off tiny little splinters. Ian was worried about them coming off into us, or worse, our work. To solve this he coated this with the same thing he puts on his longbows. Since it doesn't come off them even given the type of use they get, it's not going to come off our frames.  It does add a lot of work so anyone who might want another of these is going to have to pay a premium. 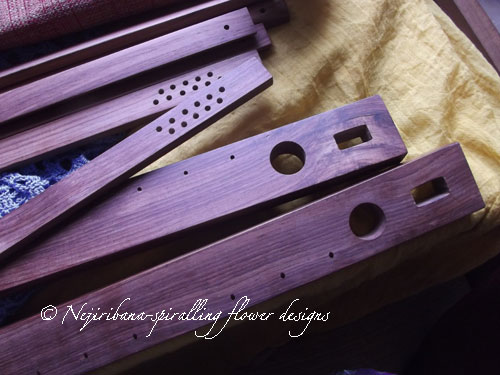 I still like my padauk best. The quality of the frames is amazing, we'll have them in class so people can have a look. But I can highly recommend them.  If you want to contact Ian about a frame this is his facebook page.

I've not spent all my time recently drooling over frames (just a bit), I have managed to get back to doing some work on the long neglected Five Fans. I completed the handle on the plum fan and started putting in some knots to give the branches more texture.  More will be going in. My idea for the fifth fan was that is should only be an outline. However when I put this in is was not very interesting at all. I tried some random stitches in a silver and white weavers silk, this felt too heavy and the colour was too similar to the silver of the moon on the other fan. 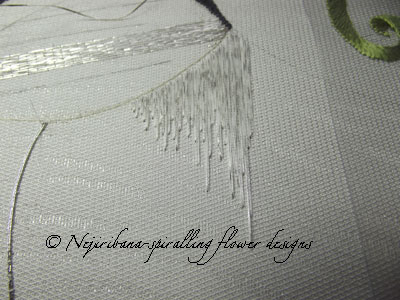 I tried the same idea with a gold and white weavers thread. Same problem, it felt too heavy and made the design seem lopsided. 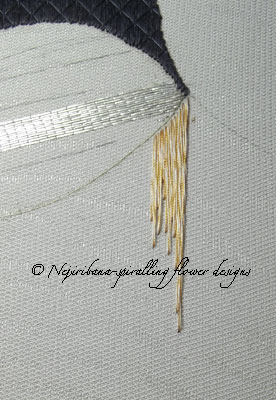 Moon fan, this handle has a honeycomb pattern in shell gold. 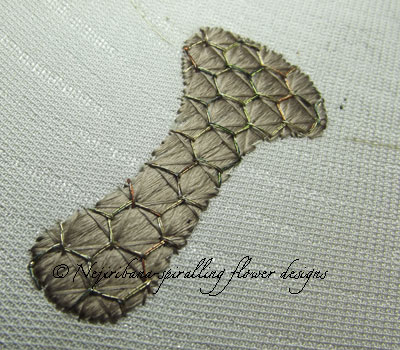 This moon on this fan was originally being worked in flat silver.  When I went back to it after many months I decided I didn't like the shell silver.  It was exactly the right colour but was not right.  It just didn't look right, no body to it at all.  I put in a sample section using the white and silver I'd discarded from fifth fan. This worked really well, a good colour and it had a good texture and feel to it. 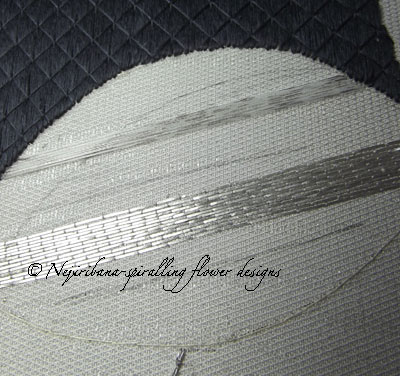 It's a shame about the flat silver, it was lovely but in the end it just didn't work out.  Thank you to Julia who let me take her flat silver away from class to have a play.  I'll be bringing it back to you next class. 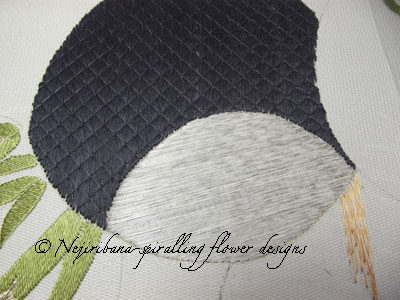 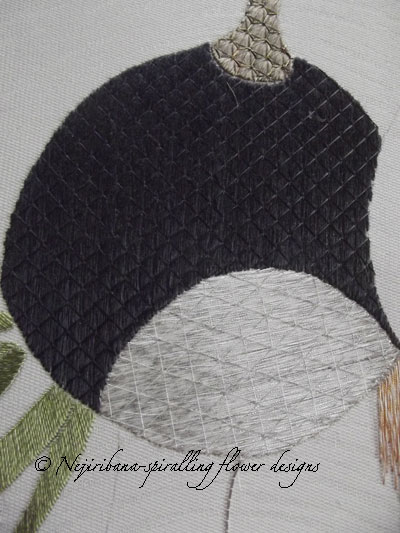 Rather than trying to do invisible holding on this which would have been almost impossible I decided to make it a feature. I used the flax leaf pattern, the same as in the handle, but left out the final layer.  I really like this now. 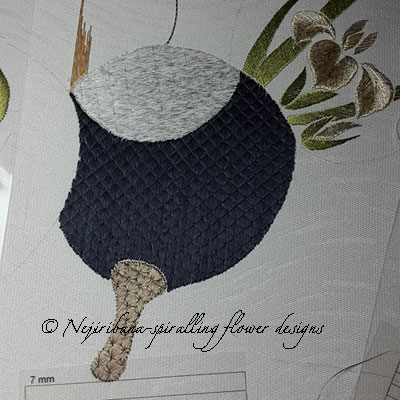 So here we go, the outline needs completing and I need to decide what I'm going to do with the night sky bit.  This design is very nearly completed and I hope to get it done in the next few weeks.