New Book from The British Museum

I read The Hare with the Amber Eyes last year and it left me with wanting to know more about Netsuke so a couple of weeks ago when I was lucky enough to be offered an advance copy of a new book about Netsuke I jumped at the chance.  I'm so glad I did, the book is beautiful.

By The British Museum Netsuke, 100 miniature masterpieces from Japan by Noriko Tsuchiya has been published to coincide with a special exhibition, Dressed to impress: netsuke and Japanese men’s fashion (Room 3, 19th June – 17th August), this book brings together one hundred of the most beautiful and fascinating netsuke from the extensive collection of the British Museum.

Although I've studied Japanese embroidery extensively I'm only vaguely aware of Netsuke. I've seen them in museums of course but know little of their history or their meanings. I was surprised to find a lot of similarities between traditional Japanese embroidery and Netsuke, the attention to fine detail in their making is only one.

The video below is of the author, Noriko Tsuchiya, talking about the book and netsuke.

The photos of the netsuke are lovely but I found the introduction the most interesting. So much information about the different types and forms.  I'd not realised there were so many different types. I'll be going to see the exhibition for sure now but if you can't get there do get the book to add to your collection.

These are just a few of my favourites from the book. 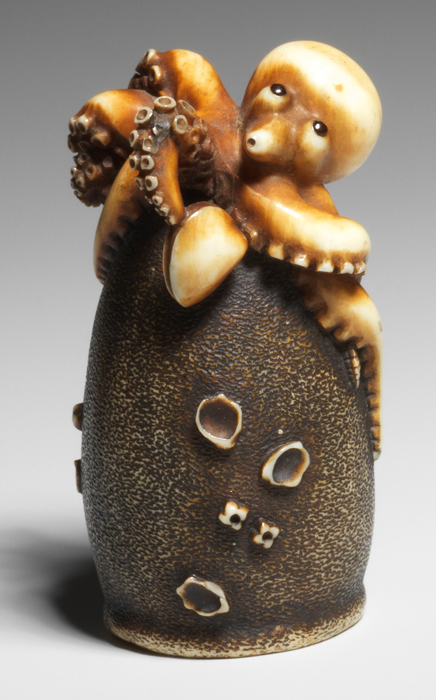 British Museum HG.542 - given by Professor and Mrs Hull Grundy

Woman as Daruma (Onna Daruma) by Kikugawa. Wood, with face inlaid in ivory, Edo, Mid 1800's H4.2cm.  I've seen lots of Daruma in various Japanese textiles but never a female one. I think the patina of the wood from where it has been handled is lovely.

Hare on a lotus leaf. Unsigned. Tortoiseshell, early 1800's. H 5.2cm.  I think the colour on this one is beautiful, all those different shades of the same colour - I can see this one inspiring an embroidery 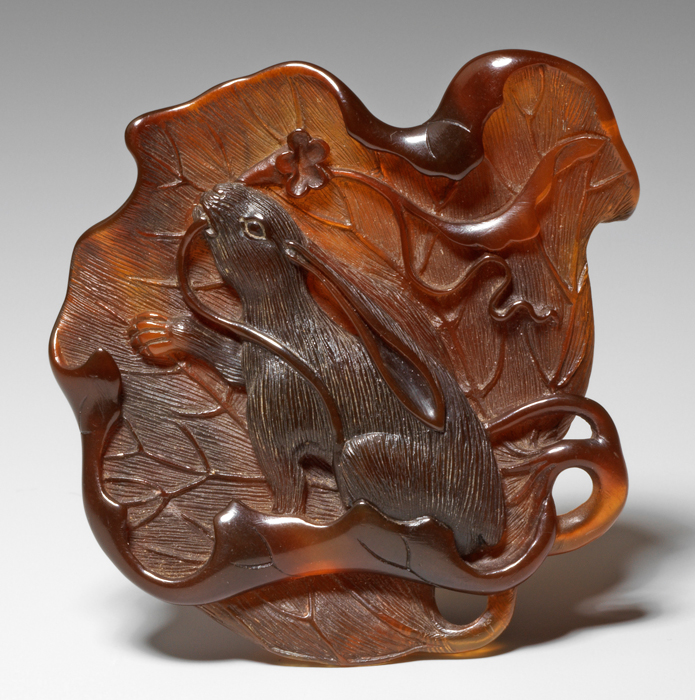 British Museum HG.257. Given by Professor and Mrs Hull Grundy