I am pleased to report that Japanese Embroidery UK is moving forward. It's been had work getting the structure and designs in place but we're getting there.  Students have started to stitch the modules and our plans to encourage them to make design decisions about their pieces is producing great results.  These small decisions made early on make their pieces unique and will help them to make larger decisions later. I don't have any photos of their work yet but am hoping to get some in class in October.

I've put my Five Fans and Grapes and Leaves designs aside to concentrate on the Module 8 design which needs to be completed as it is one of the last module designs outstanding.  I completed embroidering the Module 4 Shell Box design but didn't update the details on here, so I'm doing that in this post.  I'll do a separate one for the Module 8 fuzzy effect design.

I last wrote about the Shell Box design here a little over a year ago. At the time I was trying to figure out how to fix this shell. 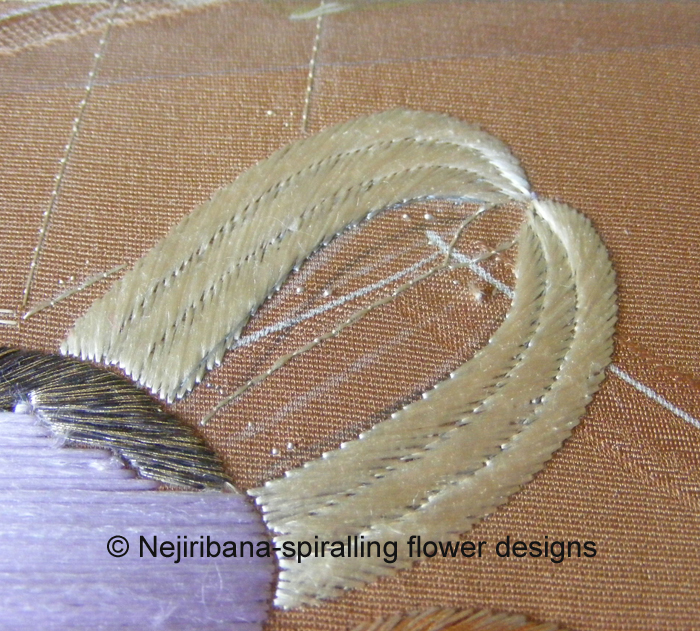 I tried one of the new weaving threads thinking that the colour variation would work well, it didn't. I attempted the cream silk with padding to try and given the idea of ridges on a shell but I wasn't happy with this either. 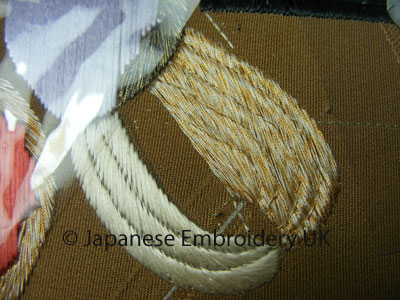 After putting it aside and working on other parts of the design I went back to the basics, this is a design to teach superimposed techniques after all so I decided to put in a flat foundation with a silver maze effect over the top. 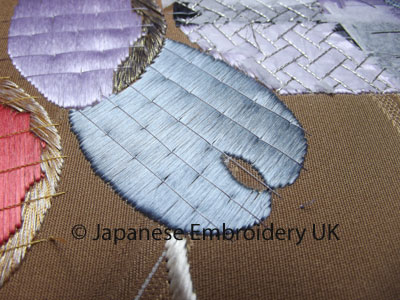 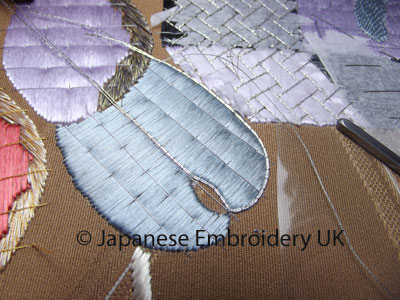 I worked each half separately and am pleased with the results.  The maze looks quite widely spaced on this photo but on the original it looks fine. 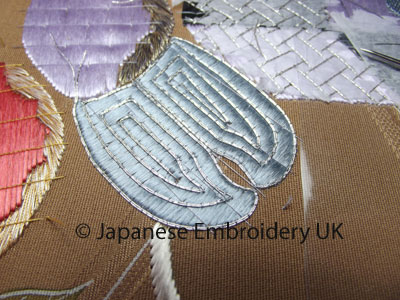 I then completed the other shells in this little group of three. 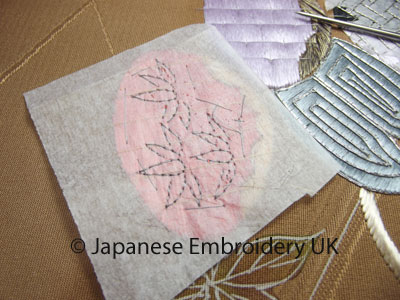 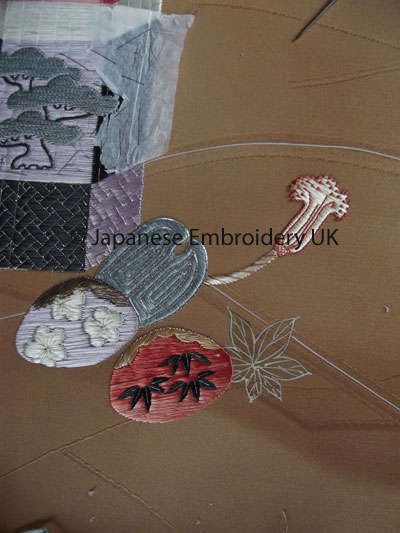 The cord is constructed in the same way as the cord on Bouquet from the Heart of Japan but rather than stripes, the cream goes over the padding first then the fine twisted coral coloured thread goes over that. 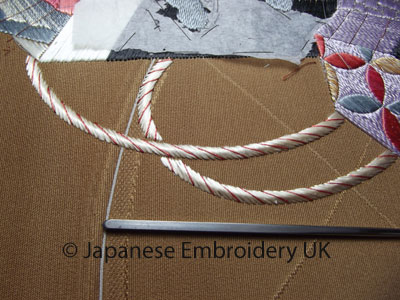 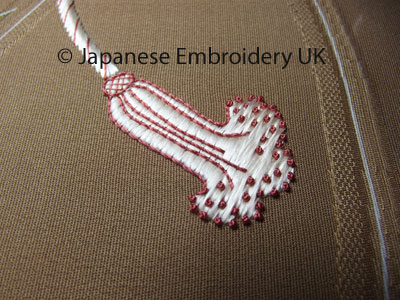 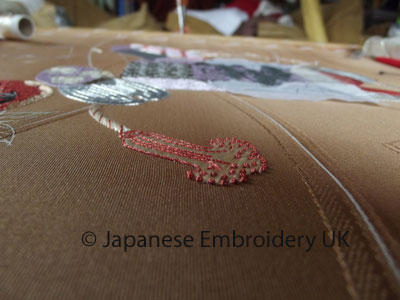 The sides of the box lid are decorated simply. A repeat of the pine, plum, and bamboo motifs in a single thread of #3 silver. 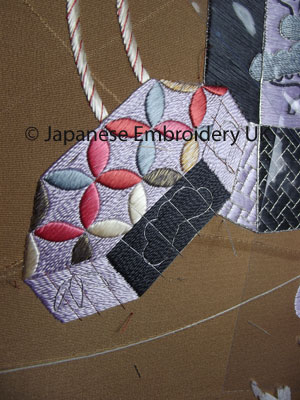 All the foundation areas were completed with short stitch holding and the edges of the box and shells outlined in #3 silver, either pairs or singly depending on the area, or by a line of staggered diagonals. 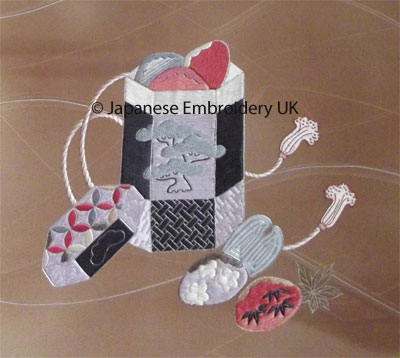 It is good to see this lovely design finished. It has a lovely range of superimposed techniques on it. I smiled to see your cord. I am currently stitching the cord on my Sake Boxes and thought "I am glad it is not striped like the cord on Bouquet, that seems a difficult technique for a phase I piece!" I like your variation with a thin stripe rather than the barber pole effect.