I've added dates for the JEA day classes to the events page and it's also time for an update on the Green Chrysanthemum design.  There hasn't been a lot to say about this one since the techniques are minimal it's a lot of the same. 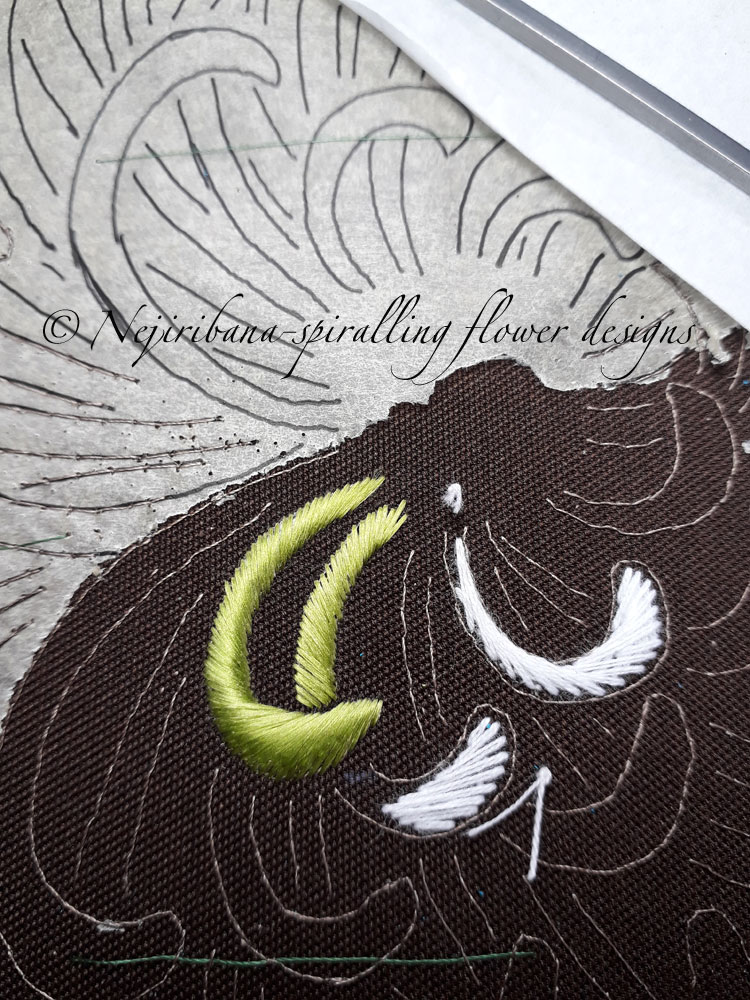 My initial plan had been to combine the stitch transfer of the design with the silk embroidery so I could break it up and it would be less of a drag to do all the transfer at once.  However, after I'd decided I wanted to include some gold leaf I had to remove the petals I had stitched in order to put in the gold leaf. 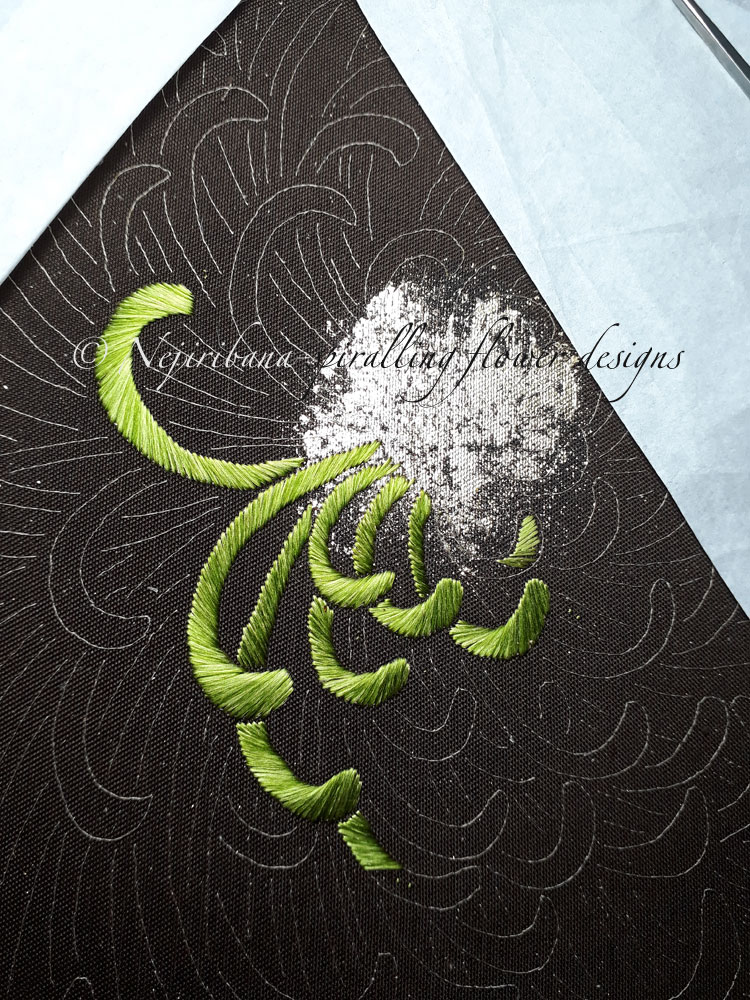 Once I re-started with the silk I also decided I would use self padding at the tips rather than padding cotton along the full length of the petal.  I went to the local florist and bought one of those lime green chrysanthemums in order to get the best colour match.  After comparing the flower with JEC, Midori and Studio Kusano silks I decided that the Studio Kusano silks were the closest match but in order to get more contrast I used two different shades combining them into a 2F thread. 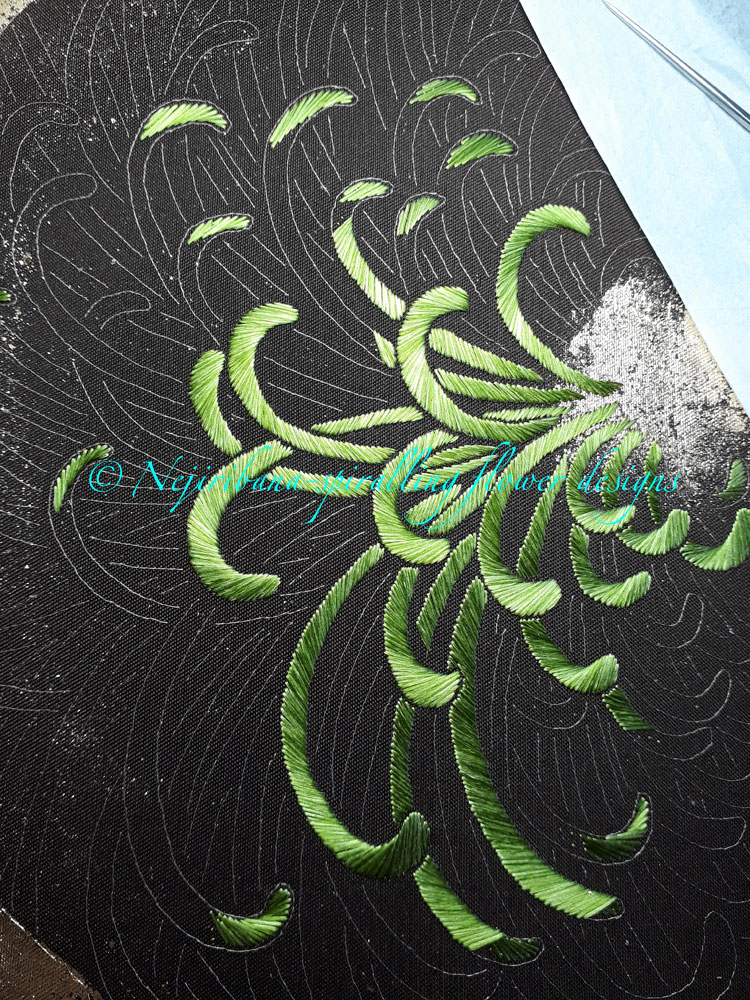 As always when I stitch chrysanthemums I start the petals in the centre of the flower and work a left or right diagonal depending of if the direction is clockwise or anti-clockwise.   Then it has just been a case of doing a few petals at a time, then a few more, and a few more... well you get the idea. 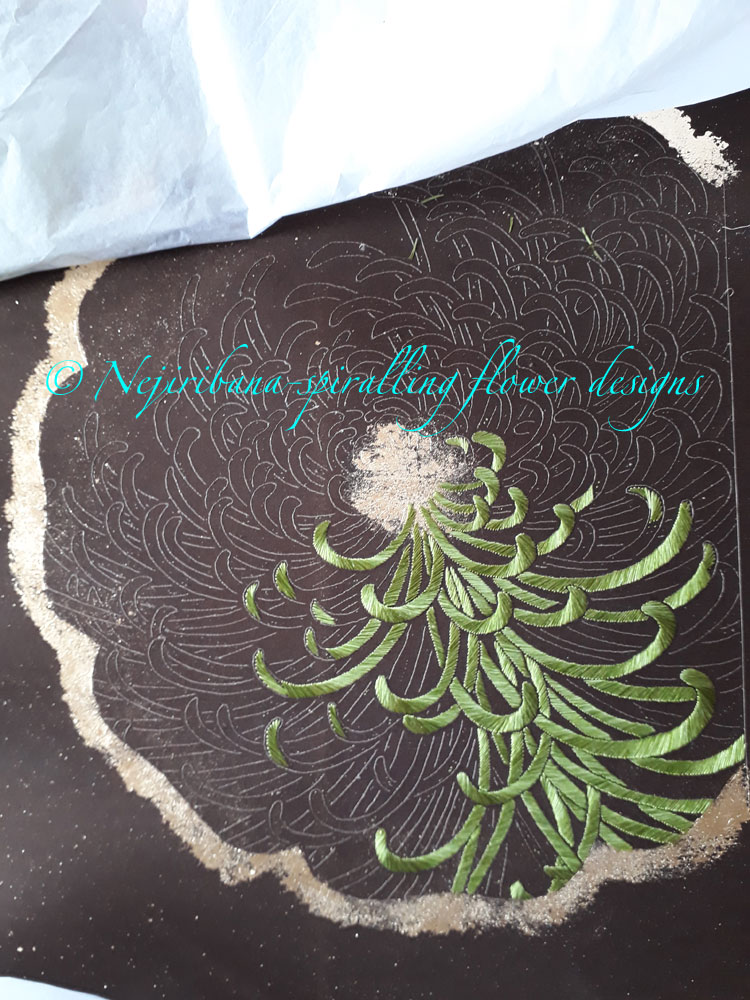 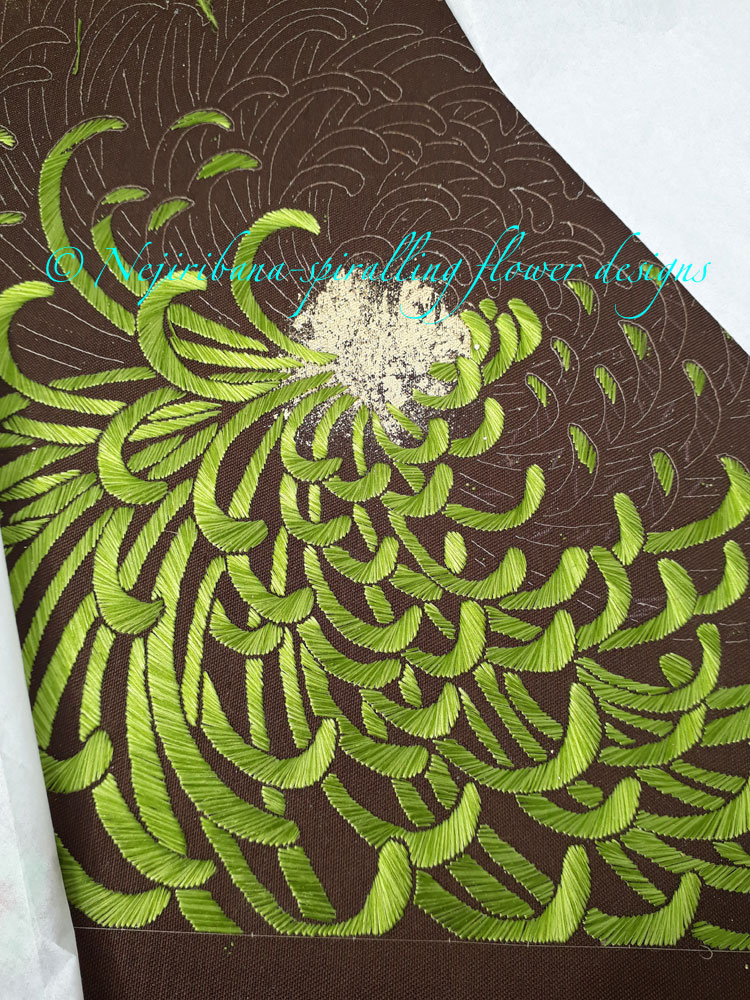 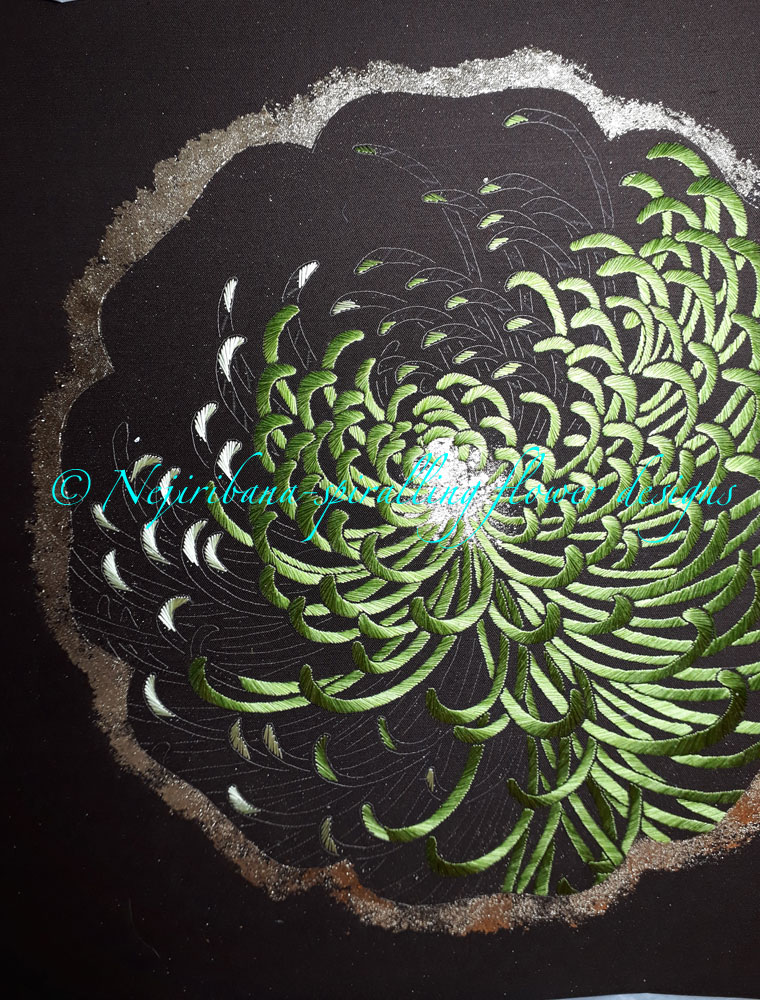 The centre of the flower is going to be filled with knots.  Here I used only the darker of the two greens. 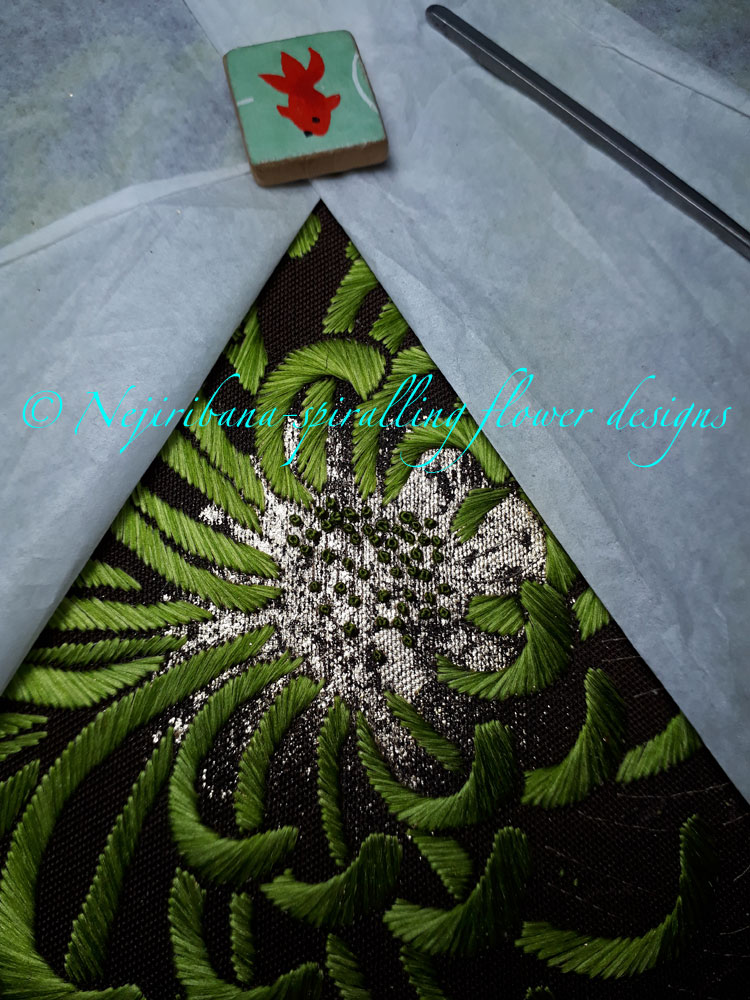 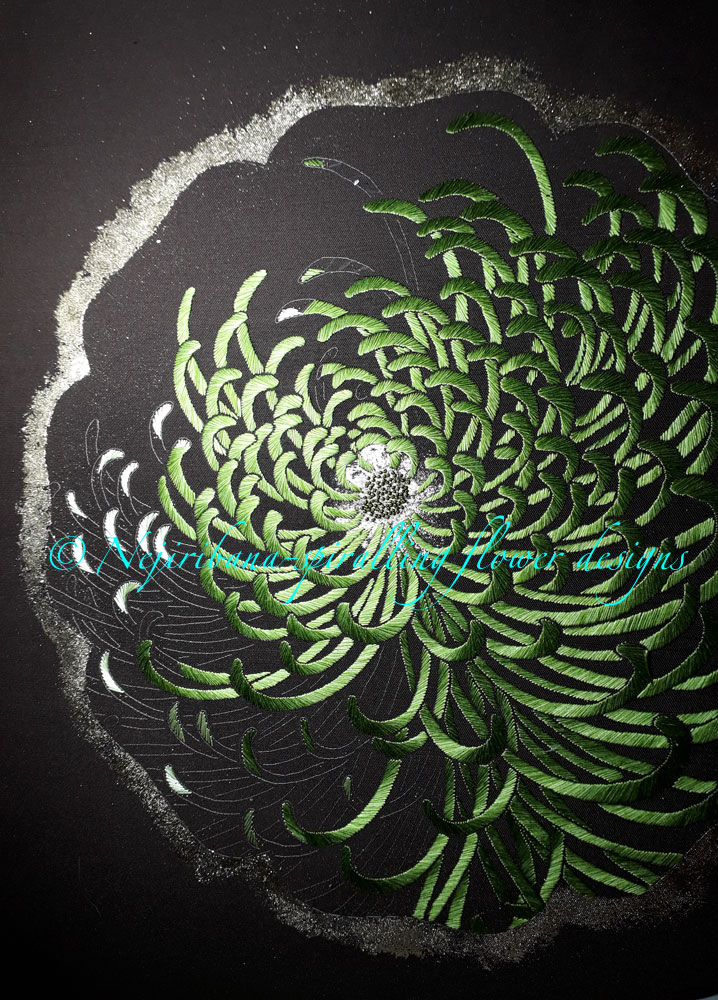 I'm just short of 100 hours on this one but not much further to go.  The plan is to have it completed so I can take it to an exhibition in Manchester at Easter.  Fingers crossed it will be done in time.